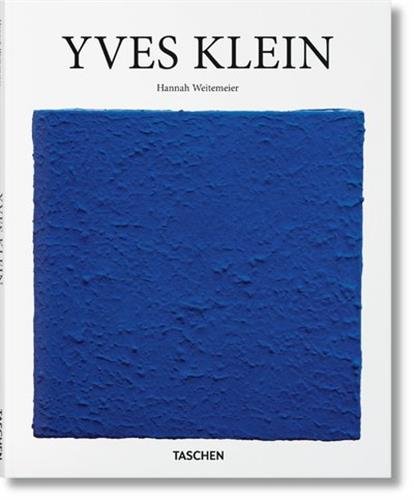 That blue: The artist who owned ultramarine

In the mid-Fifties, Yves Klein (1928 1962) declared that a new world calls for a new man . With his idiosyncratic style and huge charisma, this bold artist would go on to pursue a brief but bountiful career, producing more than a thousand paintings over seven years, now considered modernist masterpieces.

Klein made his name above all with his large, monochrome canvases in his own, patented hue of blue. International Klein Blue, composed of pure pigment and binding medium, is at once rich and luminous, evocative and decorative, and was conceived by Klein as a means of evoking the immateriality and infinitude of the world.

A pioneer of daring painting techniques, Klein was also renowned for his deployment of living paintbrushes , in which naked women, daubed in International Klein Blue, would make imprints of their bodies on large sheets of paper. Often, these Anthropométries were staged as elaborate performances, complete with blue cocktails or Klein's own Monotone Symphony.

About the series:
Each book in TASCHEN s Basic Art series features:


Hannah Weitemeier, born in 1942, is a German art historian and writer. In the 1980s she worked as a curator in West Berlin. Her special interest is the Dusseldorf-based group of artists, ZERO, the art of whose members was influenced by the monochrome works of Yves Klein, Piero Manzoni and Lucio Fontana.